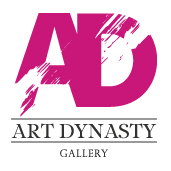 Swiss Dragons Management SA welcomed over 300 guests to its March 10, 2016 Vernissage of guest artist, the Prince Michel de Yougoslavie’s exhibition of photographs of Belgrade and his family’s Royal Palace and Church of Oplenac.

Among the special guests were the Ambassadors of Serbia to Switzerland and the U.N. as well as a former Swiss Deputy Ambassador to Yugoslavia, and many other business, cultural, social elite and royal from Europe, Middle East and Asia. The response was very enthusiastic and complimentary regarding both Prince Michel de Yougoslavie’s exhibition and ArtDynasty Gallery.

The unique photos, mostly in color with some contrasted with black and white borders, are viewable until March 26, 2016 at ArtDynasty Gallery located at 23 Grand Rue in the Old Town of Geneva.

These limited edition photos are signed by the Prince Michel de Yougoslavie.

Sales proceeds will be shared with Innocence in Danger, a 17 year old global non-profit organization that protects traumatized children from all over the world to recover from the ravages of sexual and other abuses.

Visitors to ArtDynasty Gallery in Geneva will be treated simultaneously to their “Woman in Art: Model or Muse” exhibition that also debuted on March 10, 2016.

This exhibition of Georgian and Russian artists, many newly introduced to the local public, covers the Soviet through post-Soviet period with over 50 paintings.

“Woman in Art: Model or Muse” exhibition will last three months through June 2016.